At the age of 8, the little girl was taking daily insulin injections for her newly diagnosed Type 1 diabetes. The following year she lost her Dad to heart disease. Growing up in a single-parent household, one of the ways she kept herself occupied was by reading. Although she loved reading Nancy Drew (“girl detective”) books, a doctor suggested that her health might not permit her to follow in Nancy’s footsteps. The then-popular TV show “Perry Mason” introduced her to another part of the legal system; by the time Sonia was ten, she knew that she would leave the housing project, go to college and become a lawyer.

The 111th justice of the US Supreme Court is the third female justice and the first Hispanic to serve on the high court. She grew up in a housing project in the Bronx. Her mother, Celia, served her country in the Women’s Army Corps and went on to work as a telephone operator and a practical nurse. In addition to her hardworking example, Celia stressed education. Their home is reported to have been one of the few in the project to own a set of encyclopedia. (Today’s equivalent might be a home computer with an Internet connection.)

Celia’s commitment to higher education paid off: Sonia graduated from Princeton University and received her law degree from Yale. Later, she taught at the New York University School of Law and Columbia Law School.

One does not have to be a student of the law to know a little bit about Justice Sotomayor – anyone old enough to remember the 1994 Major League Baseball strike knows who she is: the judge who issued the preliminary injunction that kept the owners from bypassing the existing collective bargaining process and bringing in replacement players.

After a more than 200-day strike, her ruling allowed the players to return to work – the day before the new (1995) season was scheduled to begin. 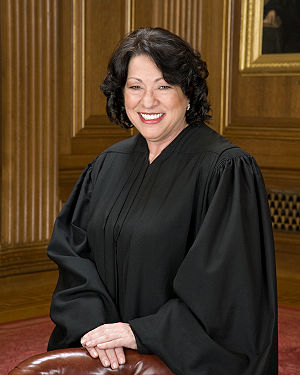 People sometimes say that the Four Foundations of Adult Achievement are “old school,” that they are not relevant any more. I see “Four Foundations” stories in the headlines every day; Justice Sotomayor is just one more example – even if she is a Yankees’ fan!

One Response to “The Woman Who Saved Baseball”