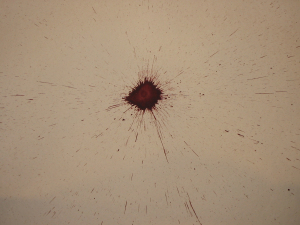 We all want to comfort our children after they suffer any kind of failure or disappointment. It’s only natural.

Instead, they ask a simple question: “What happened?”

The question is asked kindly and respectfully, but the intention is clear: to help the child understand why she didn’t reach her goal. Where did she go wrong? Was she unprepared? Did she not work hard enough? Or is her talent simply in another area?

The best parents I’ve met have resisted the urge to “make it all better.”

This kind of questioning may seem rather sophisticated for a young child, but will teach an important lesson: failure can be viewed as a springboard to improvement, not as a dead-end or a reason for self-pity.

Would most parents like to provide a disappointment-free life for their kids?

Would most parents like to provide a disappointment-free life for their kids? Probably. But stop and think for a moment: Is that realistic? Do you know anyone who has not had to confront disappointment or failure? Given that reality, dont we do our kids a greater kindness when we support them in learning from disappointment than when we try to shield them from it entirely?

Parents who react to their children’s failures in this manner provide skills that will last a lifetime. In other words, they raise people who are able to recognize their own competence — and never give up!

Here’s a winter math problem for you:

In most cases “x” needs to equal a finite amount of time, energy and money…

One of my earliest memories is attending sales meetings with my 20-year-old father, then a distributor for Kirby vacuum cleaners. When a member of the team reached a goal there were wild, noisy celebrations with the whole group (of adults) parading around a city block with cymbals, drums and noisemakers.  I was too young to have any idea what they were so happy about but “the singing meetings” made a lasting impression: I like celebration.

It’s something I’ve re-learned many times as an adult.  But I wonder how much more difficult it is to find those things under all of the calendars, ‘wrapping’ and trying desperately to get the winter math to add up?

Some friends of mine will be celebrating the New Year with an Aikido cleansing class.  Others will gather for family dinner or gift exchange on a day of their choosing.  Some have done away with cutting trees and bringing them inside.  Another family I know has forgone gifts in favor of a creating a fund that lets them get together more often.  What all of these people have in common is they are exercising choices that make more time and space for what really matters: the love and gratitude we have for those with whom we share our lives.

Some friends will celebrate New Year’s day with an Aikido cleansing class.

Do you have ways to make more space for who and what matters to you?

Feeling a little down?  Like your star hasn’t risen high enough?  What about your kids? How are you doing with the idea of letting them bump into brick walls?  It’s hard, isn’t it?

As difficult as watching those we love solve their own problems, I think it’s a whole lot easier to fall on our faces with a loving family standing by.  Who else is going to remind us that  failure is an experience — not a person?

[Tweet “Who else is going to remind us: failure is an experience NOT a person.”]

Achievers are resilient.  While it may look like they’re immune from life’s bumps and bruises, they’re not.  Resilient people have simply learned how to bounce back. 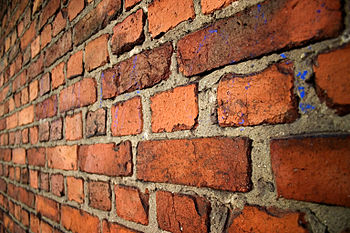 [Tweet “Resilient people have simply learned how to bounce back better.”]

When faced with a brick wall we often get so focusing on solving a specific problem that we blind ourselves to other solutions.  A brick wall can represent an opportunity to step back and begin again, even better.

Sometimes a lateral move will be enough to get us around the obstacle — but we can’t stand and stare, nose pressed against it, obsessed with “what’s wrong” and expect to see something different, can we?

[Tweet “We can’t stand there, obsessed with ‘what’s wrong’ & expect to see something different.”]

Here are a few examples of people who learned how to bounce:

When you let your kids develop problem-solving skills you’re giving them bricks.  Will they use them to build walls or dreams?