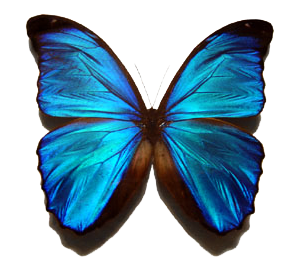 Did you ever wonder about a butterfly’s job?  Especially its first job?  How does it ‘become’? Here’s an excerpt from What Kids Need to Succeed: Four Foundations of Adult Achievement.

Nature offers many examples of the value of struggle.  A caterpillar hiberantes in a chrysalis.  Upon discovering this odd-looking residence, one might be tempted to “help” it become a butterfly by cutting into the structure and creating a ready exit.

Naturally, the ‘butterfly prospect’ will take the easiest way out, crawling through the new opening.  But will it ever be able to unfurl its wings and fly?  Will it ever become a butterfly?  Struggling to get free of the chrysaslis builds the strength the insect needs.  What looks like a painful process is a vital step on the road to becoming a butterfly.

[Tweet “What looks like a painful process is a vital step on the road to becoming a butterfly.”]

I’m sure that, if asked, the ‘butterfly prospect’ would tell us it doesn’t want to work its way out of the chrysalis. That it’s scary.  And too hard.

So Mother Nature doesn’t ask for input.  Caterpillars simply undergo this process. It doesn’t matter how anyone feels about it.  It just is.

If you look around the rest of the animal kingdom, you’ll find similar examples of built-in struggle: chicks breaking out of their eggs, helpless baby sea turtles making a tortuous crawl toward the surf, salmon struggling upstream to spawn.

[Tweet “It doesn’t matter how anyone feels about it. It just is.”]

Nature doesn’t put these barriers in the way of her creatures to be cruel.  Animals that pass the test survive to pass their genes on to the next generation, improving the species.

It’s an image the helps me evaluate my desire to intervene and overprotect.  Who’s going to feel better off after?  Who gets the chance to be strong enough to become a butterfly?