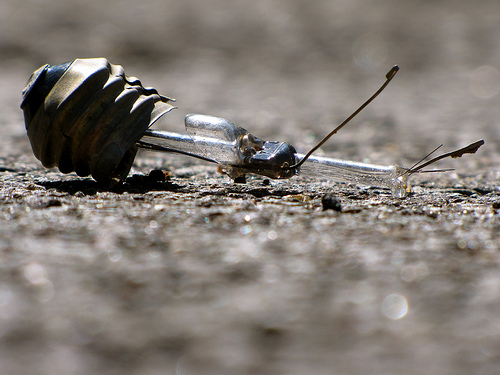 “I never did anything by accident, not did any of my inventions come by accident; they came by work.”

I’m not sure I’m 100% “sold” on the idea “everything happens for a reason.”  It’s my nature to question things.  Still, it’s not easy to ignore the evidence: our response to a problem can energize and inspire us as we grow into new ways to live.

As a person who has worked in the “change industry” for a very long time, I believe there are lots of benefits to using ordinary events and environments as real life learning labs.   In my experience a “problem” usually contains parts of an answer.  A problem often offers doorways to new behaviors and habits that will lead us to function at  higher levels.

For example, lots of people complain about not getting to the gym.  Maybe we’re focusing on the wrong problem.  What if, instead of strengthening the excuse muscle, you decide to do some “lifting” out in the garden?  Or putting on some miles with your dog?  Is the “problem” getting to the gym?  Or finding ways to move your body?

What if you’re struggling to get household chores done?  Involving a partner and  the kids benefits all of you, doesn’t it?  First of all, communication and negotiation skills get a workout.  Teamwork and compromise.  If you can let go of micro-management (not one of MY strong things) the work gets done and everyone in the family gets to make a meaningful contribution.

What would happen if we decided to look at problems simply as information?  Perhaps discomfort is simply a way to get our attention about the need to make a change.  Neither problem-solving nor self-improvement come by accident.  Both take work.

Experiments and small steps may lead you in unexpected and wonderful directions. 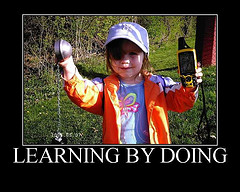